Barcelona is mostly known for its clubbing scene, art, and history, this Catalonia capital is one of my favorite cities that I have ever visited. Barcelona offers so much if you are visiting the first time that you will not know where to turn your head first since you will want to visit everything in this beautiful city. Explore everything that you need to know in below Barcelona Travel Guide!

The city is always full of tourists no matter when you visit, known to be one of the most romantic and interesting cities in the world, you can see a number of proposals at some of the most iconic landmarks in Barcelona. 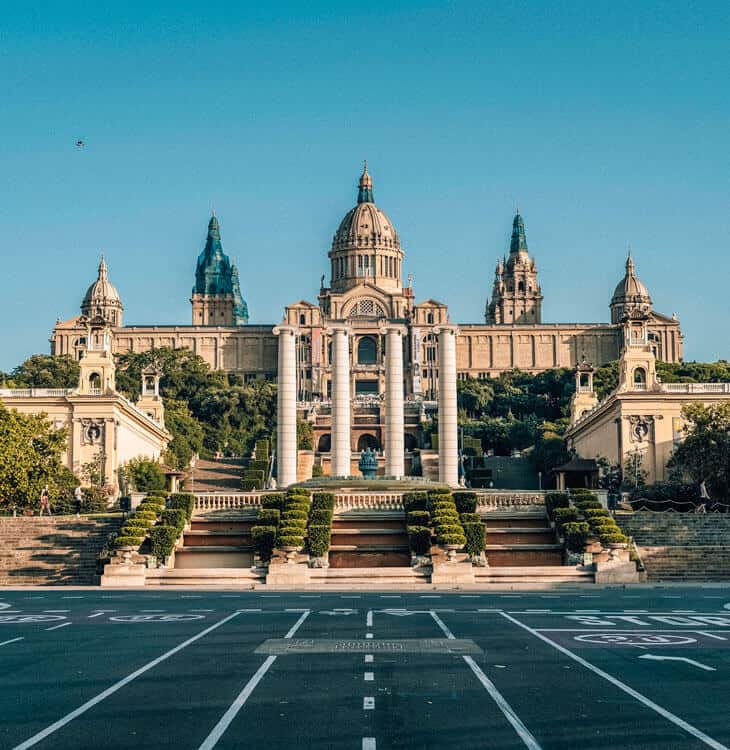 What to expect in Barcelona

Similar to Spanish, Catalonian is a different version of Spanish, so be sure to not mistake it for Spanish and learn a couple of words.

Spain as a whole is a member of the European Union, therefore it has adopted the Euro as its currency, so if you are traveling from France, Italy, or any other European country you will not need to change your money.

Being such a tourist city, in most locations you will easily find ATM’s, but be careful where you are putting your cards and where you are taking it from because there are a number of scammers that are just waiting. Most of the hotels and restaurants accept cards as means of payment, such as Visa and Mastercard. I always carry my Diners Visa, and Unicard Visa just to be sure when traveling.

Cost of food in Barcelona

Catalonia, and Spain are known for their amazing food, similar to Italian, so you can easily find food stands and cheap restaurants. Prices for fast food range from 3 to 8 Euros.

Mid-range restaurants range from 5 to 15 Euros depending on where you eat and near what attraction, just like in most major cities if the restaurant is near the attraction the prices will go up. 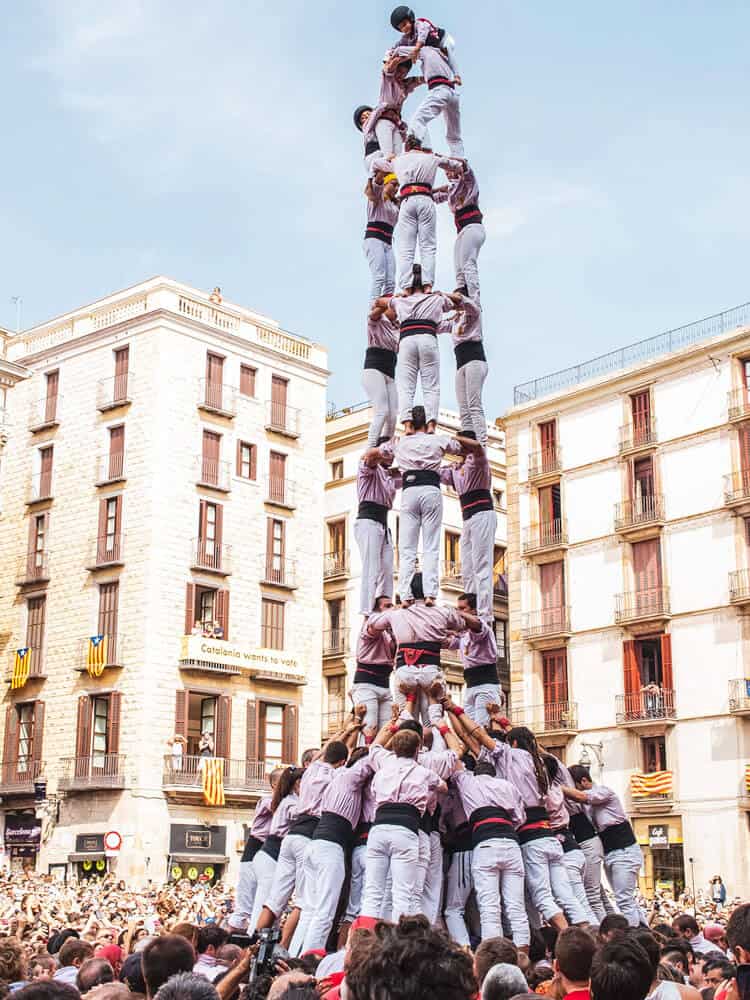 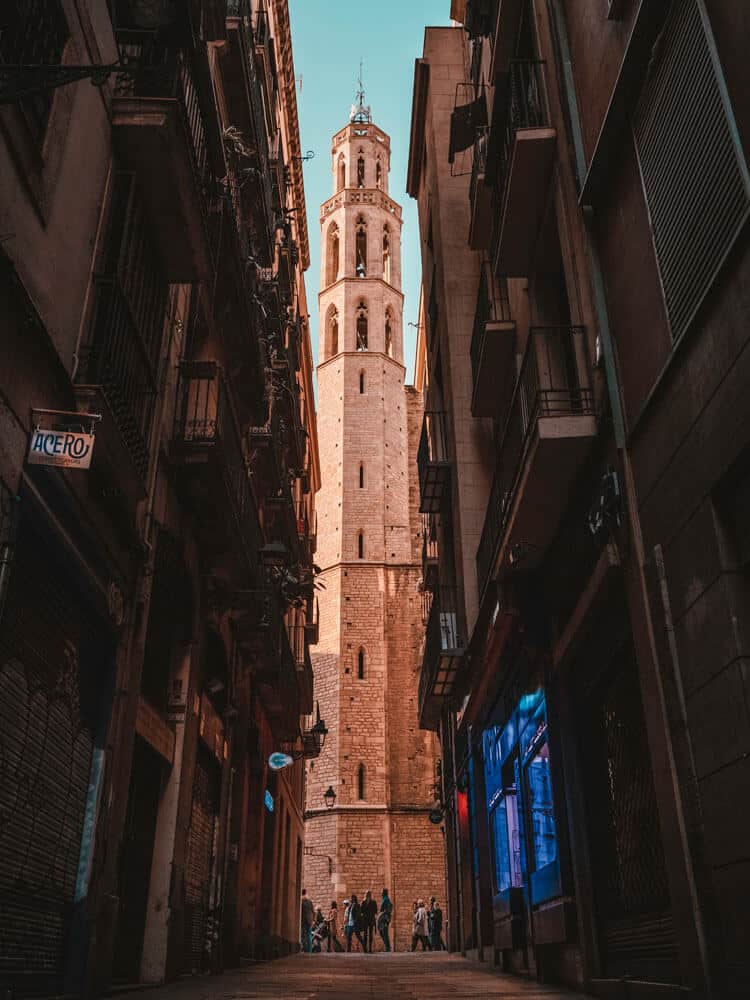 There are a number of traveling options from metros, taxis, walking and biking in Barcelona.

If you are visiting Barcelona on a budget and don’t like to spend a large amount of money on transportation such as taxis, then this is a perfect solution for you. City is very nicely connected all the way around and a single ticket will cost you €2,20, but a T-10 Card, good for 10 rides only cost €10,20.

Wish to buy passes, the prices are following:

Barcelona tourist card offers free unlimited public transit, including to/from airport, entry to some museums & other benefits and the prices are: 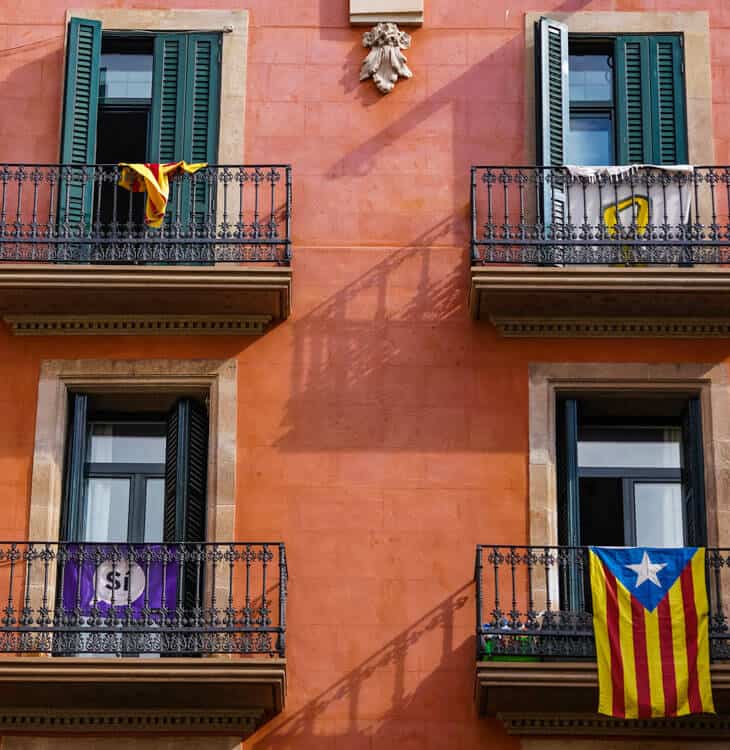 Taxies in Barcelona are very easy to spot, with their yellow and black stripes. Prices are not that much higher than the ones at the metro, and you will pay the price that is showed on the taximeter, so you will have a hard time getting scammed if you are just looking at the taximeter.

Being a very walkable city, and sunny most of the year it is very nice with that Meditterian breeze to just stroll around the city. It is also nice to take a bike and just drive around Barcelona and just swoosh around it in a heartbeat.

Just to mention that you can get from the airport to the city by bus and the price is €5.90 if you do not wish to take the taxi. 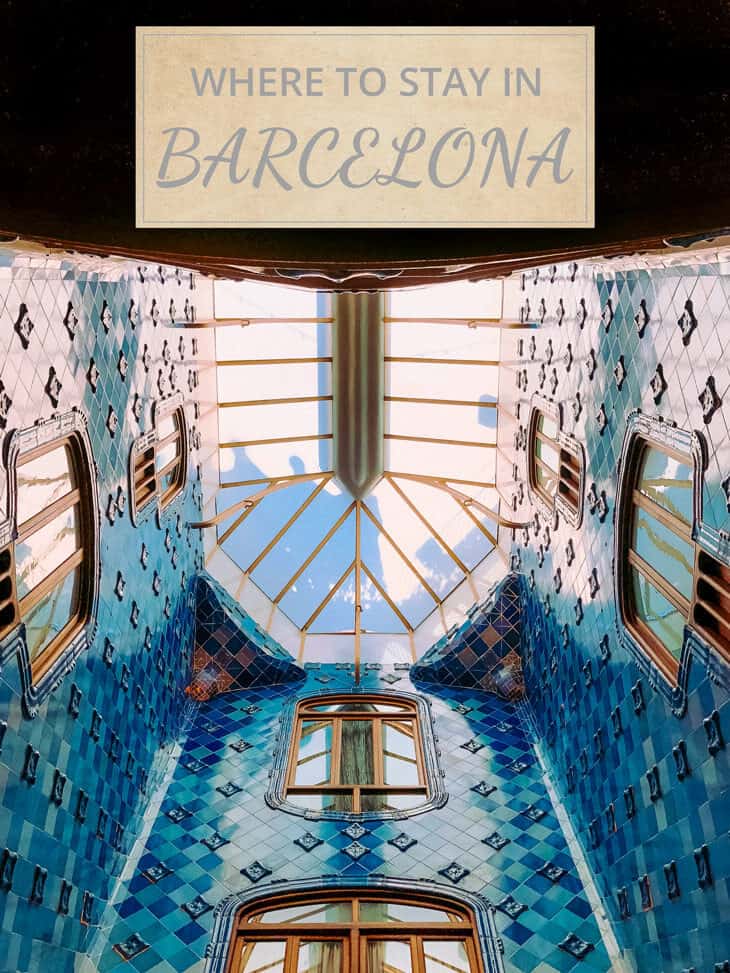 One of my favorite budget hotels in Barcelona, Hotel Curious is just a 5-minute walk from Las Ramblas. Beds are comfortable, breakfast is included and the staff is really friendly. Check out the amazing Hotel Curious.

This 4-star hotel is one of the cheaper ones that are offering all the things that this hotel is offering, from the rooftop pool to the bar at the roof where you can hang your feet up in the air and just relax. The hotel also offers nice rooms which have everything that you might need. Check out K+K Hotel Picasso El Born. 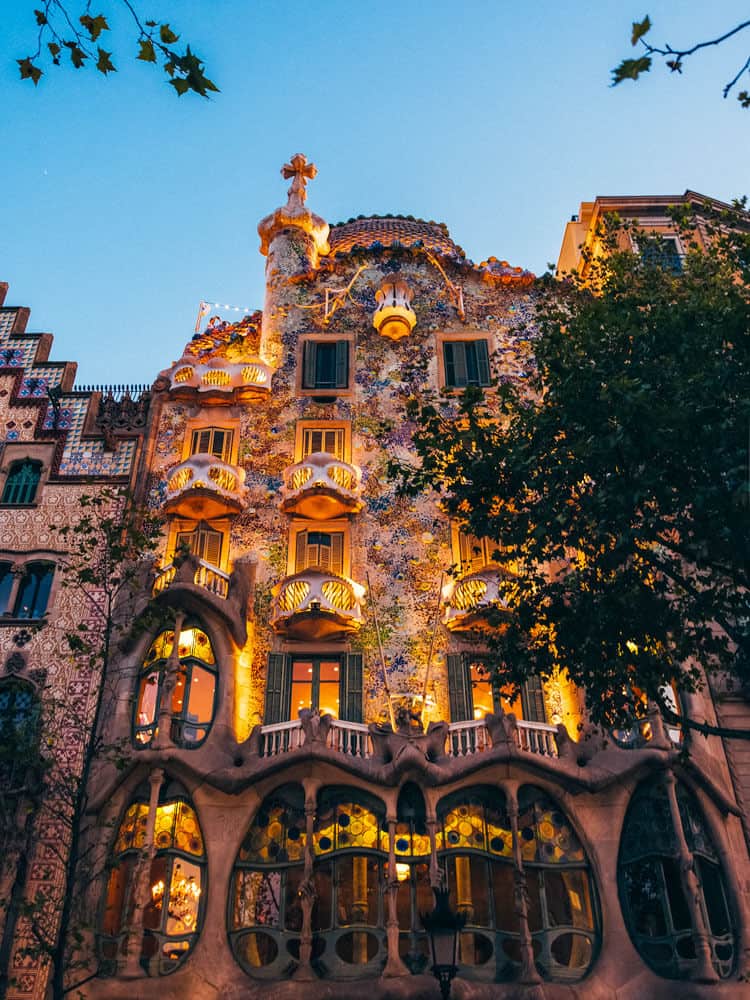 Located just 5 minutes walking from the beach, this rustic hotel is a perfect destination for all modern and young people who enjoy green and climate-friendly hotels at a mid-range price. Check out Hotel Casa Bonay. 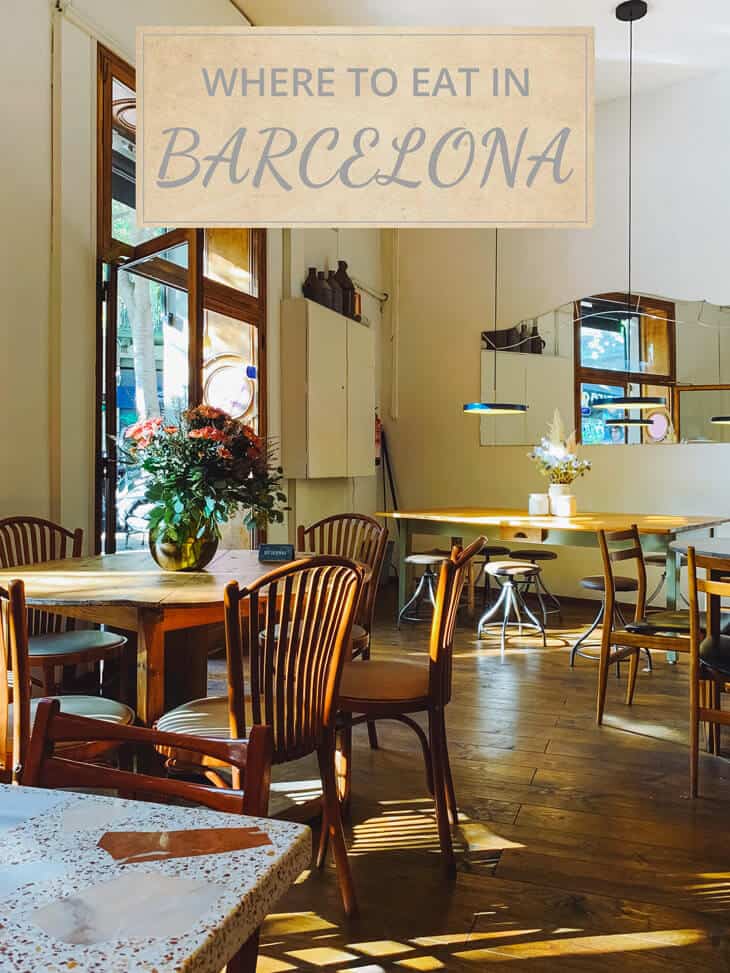 Fresh and fluffy cinnamon buns and toffee almond tarts are staples of this small bakery. Flour, water, sourdough, and salt are only ingredients being mostly used when creating their products, alongside with the main principles being quality and ingredients that are being used.

You will find multiple Flax and Kale locations scattered around Barcelona, but the one in Passage is by far the best one. Offering amazing dishes such as their most famous wood-fired vegan pizzas to bao stuffed with jackfruit “pulled pork” and house-made spicy chai kombucha, Flax and Kale has something for anybody.

When ice-cream has a Michellin star on it, you know it is amazing. Ice- creams are not only delicious but can be found in all sizes and shapes such as Jordi’s famous oversized nose, or if you are a huge fan of the iPhone there is an iPhone made of yogurt, licorice, and lime.

After a long day of walking, or if you just want to have a coffee after lunch, the Nomad Coffee lab is a perfect location. They offer freshly roasted coffee from multiple countries that are a must-try. You can easily buy them and bring them home if you would like.

A cheap and tasty place where you can have a quick lunch of tapas and vermouth. Keep in mind that both locations of Jai-Ca are usually full, but you can maybe catch a seat if you wait a couple of minutes or are lucky.

Rarely a restaurant of this magnitude can maintain its identity, but Bodega La Puntual has been doing it for the longest time, offering great food and even better service, you can have dishes such as sauteed wild mushrooms, flour-dusted fried squid, grilled sausages, and traditional tortilla. 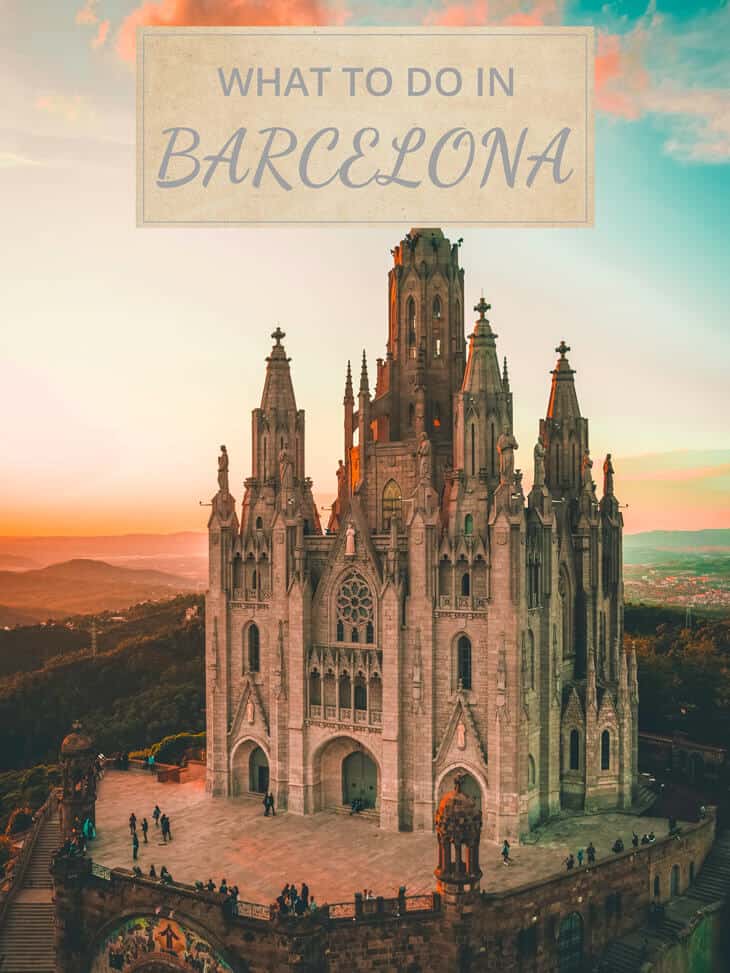 You can not visit Barcelona and not see La Sagrada Família, the most famous Gaudi building created and his biggest legacy to date. This structure is not yet completed even doe it started all the way back in 1886, but they are expecting it to be completed by 2026, so we just need to wait 6 more years. You can easily tour the complex, but be careful since there is a lot of people, also when I visited Barcelona I took this tour, which was amazing. 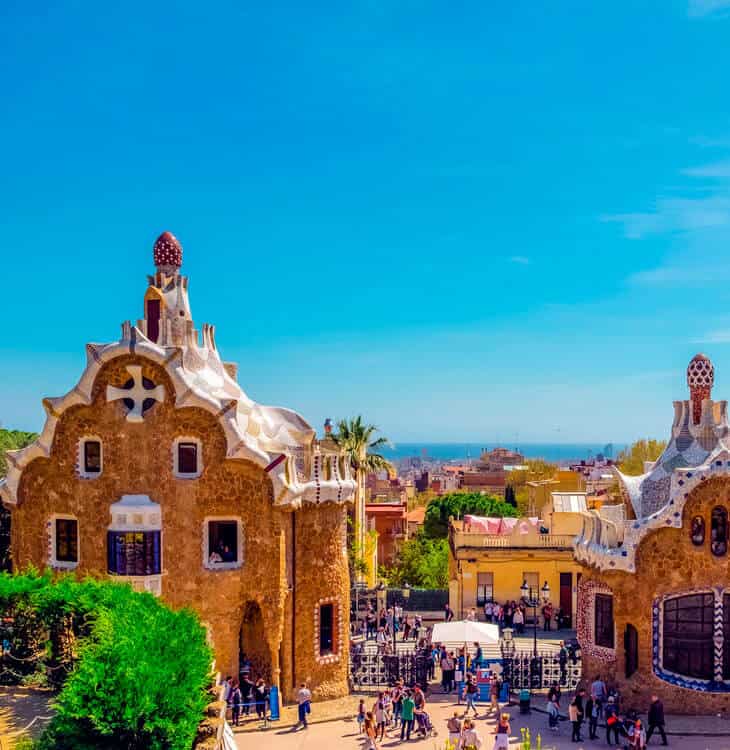 Unesco-listed Park Güell is where you can see architect Antoni Gaudí workings transfer to gardens. Next to La Sagrada, this is one of the most popular attractions, therefore due to a large number of people visiting access to the central area is limited to a certain number of people every half-hour, so be sure to purchase your tickets online.

Opening hours of the park are:

Wave-shaped window frames and balconies rise to an uneven blue-tiled roof with a solitary tower, this is Gaudi at its finest. it is one of the three houses on the block between Carrer del Consell de Cent and Carrer d’Aragó, and all three were renovated from 1898 to 1906. If you wish to go inside the Casa Batllo opening hours are from 9.00 to 21.00, last admission 20.00, the prices range from 28.50 Euros to up. 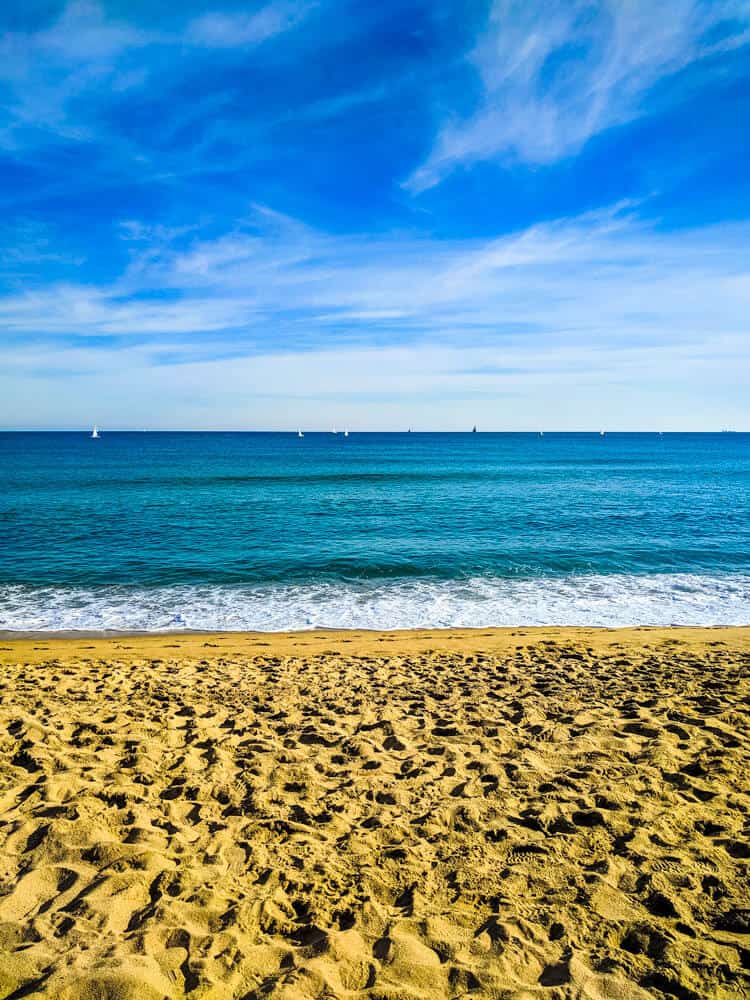 After you visit all of these magnificent buildings that were built by Gaudi, go and relax on some of Barcelona’s famous beaches with a cocktail in your hands and legs up in the air. It is really nice to walk on the beach when the sunset is going down, alongside that there are several great restaurants on the beach that you can visit.

You probably heard about Flamenco and how it has impacted not only Catalonia but the whole of Spain. You can have a great meal and look at this show from the front rows, and how the dance has stayed almost the same for the past forty years, alongside with a first-hand look at Catalonian culture. 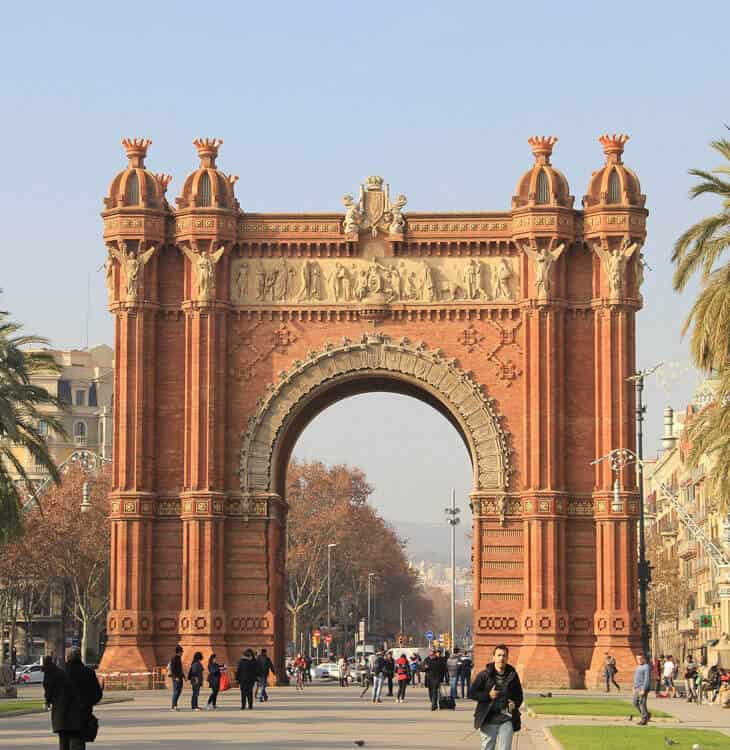 Las Ramblas is the shopping street, here you can buy your souvenirs, or just shop till you drop. Remember that you can have some great meals here also after a long day of walking around the shops.

Walking and biking tours in Barcelona

Mostly because Barcelona is such a walkable city, there are a number of walking and even biking tours in Barcelona that you can attend and learn a little bit more not only about Barcelona but Catalonia as whole than you would by exploring by yourself.

Similar to Zagreb, but on a much larger scale, Barcelona is separated into districts or neighborhoods that you will find amazing attractions in each and every one of them.

Ciutat Vella – Known to the heart of Barcelona, Ciutat Vellath is the oldest part of the city incorporating the popular area of Las Ramblas that is filled with popular hotels and museums and most of the attractions.

L’Eixample – District known for its modern bars and club, L’Eixample is a place where you go if you like to party and have a great time. 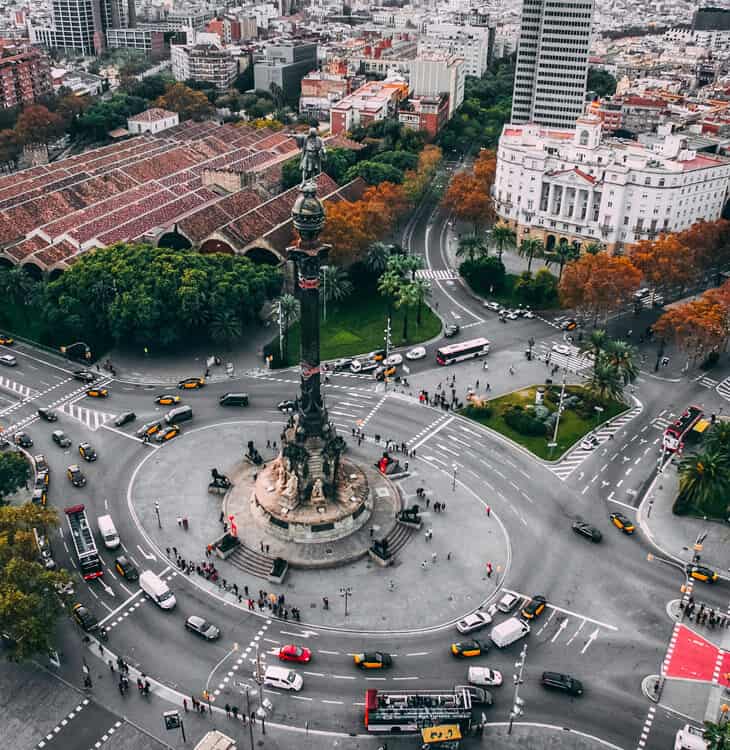 Gracia – Mostly known to be a student district, Gracia was once a small city inside Catalonia, but because of the massive expansion of Barcelona, it has been adopted as one of the districts.

Eixample – Here you will find the most famous attractions in all of Barcelona, Gaudí’s Casa Batlló, Casa Mila and Sagrada Familia, all of these three attractions are located here, with amazing shopping and great restaurants and bars.

Sants-Montjuic – The highest district of them all, Sants-Montjuic is an amazing part of the city filled with open spaces and parks if you like to take a break from the busy Barcelona streets that are usually very crowded.

Get a gift in your mail